TRAVEL CHAOS AND OTHER HAPPENINGS

Thank you to Alexander Sedelnikov for this photo in Moscow 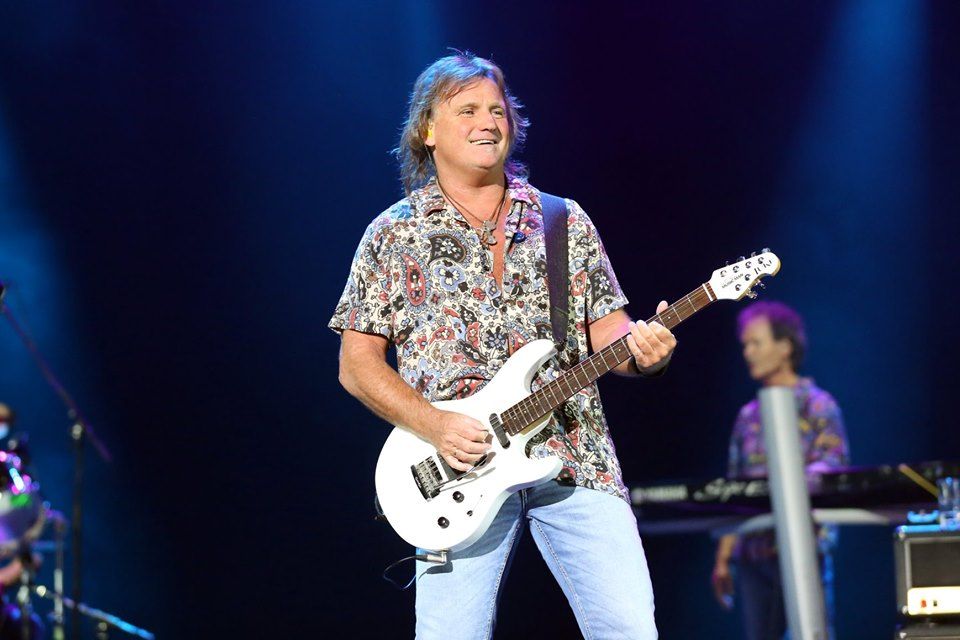 Smokie played Crocus City Hall in Moscow on Wednesday and all went well, great gig, fun times, but a unusual happening in Ekateringburg Airport meant a cancelled show for Smokie, something that hasn't happened as I recall for about ten years or more!
Basically a Russian military transport plane "Belly Flopped" onto the runway in Ekateringburg after a landing gear fail.

I will just add that Smokie band members and crew spent the whole day in Moscow airport waiting to board a flight that would take us to our show, sadly we didn't make it.

I spent all my summer in Spain once again except for a few festivals with Smokie and a couple of rehearsals with the "Blue Thunder Brigade"
It's amazing that I can enjoy my Casa in the sun and also carry on working . . . . I know I'm lucky I count my blessings!

I did a good bit of cycling this summer and discovered a couple of new routes that I really enjoyed. Staying fit and healthy have become the norm for me now, so I watch my alcohol intake and try to eat reasonably healthy. It's fair to say say I'm probably in my best condition sometime in September!

Scuba Diving is also back on the menu!
Cabo De Palos is close to where I live in Spain, so not far to get there and easy excuse to get the tanks on my back!
Smokie tour Australia in November, I shall get myself out to the Great Barrier Reef!

Quite simply the other three guys in my band playing my solo songs!

We've been rehearsing through the summer on the odd occasion I went back to the UK.
We have 8 or 9 songs in the can now and let me tell yer! . . . . . It's gonna sound great, I'm really hoping we can turn a few heads!?

In the coming weeks, I should start getting some videos posted on Facebook, so you can have a listen!

A few days off now from Smokie before heading to Ireland next week and then it's time to pack for Australia I guess.