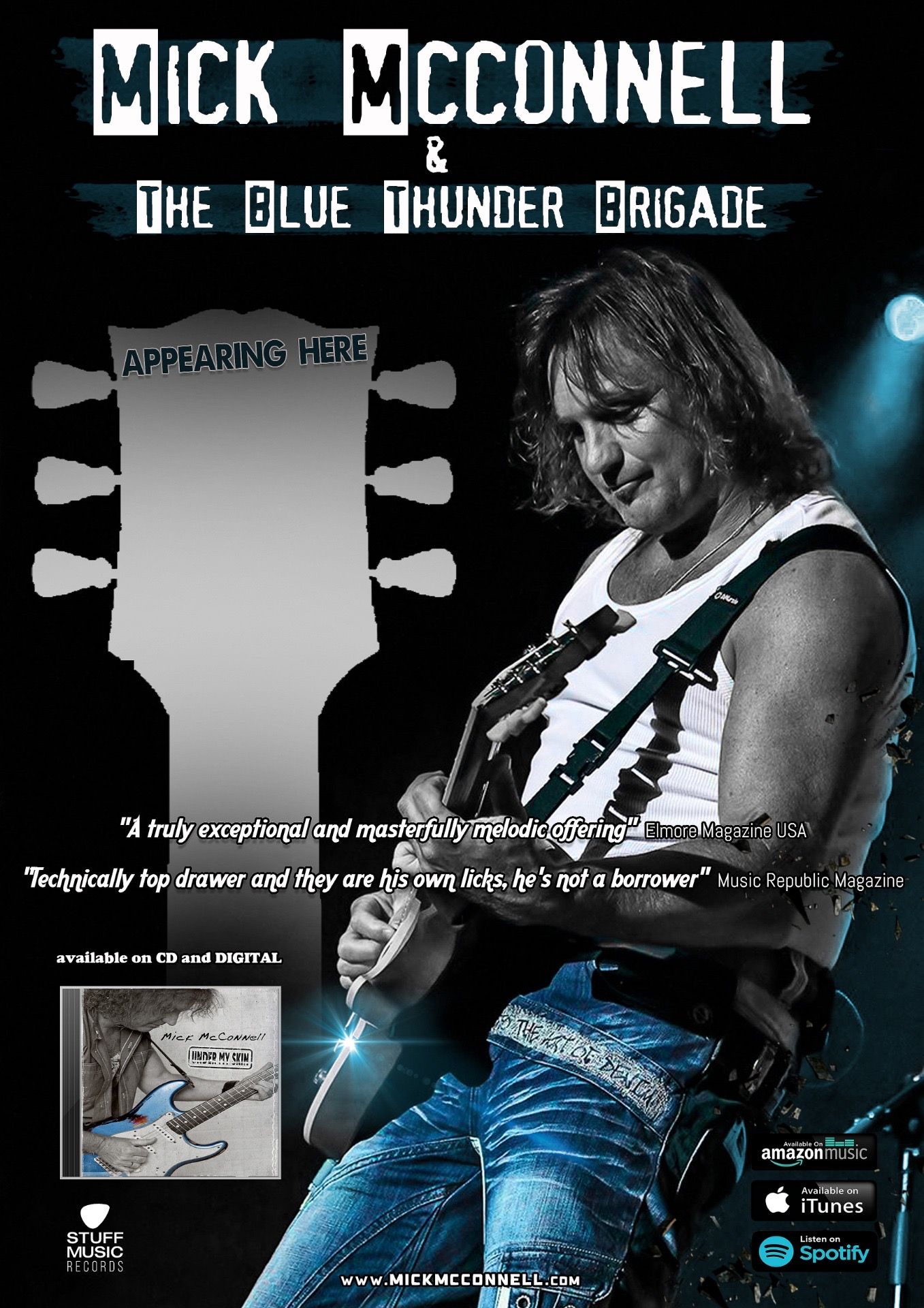 Mick always had a plan to perform his solo songs live, but his commitments with Smokie made this pretty much impossible. However; due to the fact that Smokie now have certain periods off for downtime and re-charging the batteries, it allows Mick to throw some commitment to his Blues project and "The Blue Thunder Brigade" will start to perform in 2020

Remember that,  Mick's solo album "Under My Skin" got to number 13 in the European Blues Chart, so It's a venture he takes very seriously and he stated recently "These boys can really groove"

The band consists of :-

Watch this Space, for news, dates and any other info!

Promoters, I haven't left you out either, there'll be an EPK available soon with poster PDF's to download etc